Suggestions for day programs with an emphasis on culture:

Historical Cuacos de Yuste, walking in the woods and the monastery of emperor Charles V
You start the day by exploring the small streets of Cuacos de Yuste and then visit the world famous monastery of Yuste where the great emperor Charles V spent the last period of his life. Over a beautiful winding road you drive to the village Garganta la Olla, built on the place of a Celto-Iberian ´Castro´, or fortified town.

The black Madonna of Guadaloupe and conquistadores in Trujillo
After a beautiful drive through the famous ‘dehesa’ (forest meadowland) you visit Guadalupe, where the Holy Virgin would have appeared to a shepherd in the 13th century. The monastery, which is located in the center of the town, has a richly decorated facade. You drive to Trujillo. In the Plaza Mayor (Main square) stands the equestrian statue of Francisco Pizarro, the 16th-century conqueror of the Inca Empire.

Plasencia, vultures in Monfragüe and palaces in Cáceres
This day begins with the week fair (each Tuesday extensive and somewhat smaller on Fridays) in the lively medieval town of Plasencia. Taking a beautiful inside route you drive through Monfragüe National Park where you can hike or, like many bird watchers from around the world, study the large colony of vultures with a wingspan of up to 2.75m. You may even see the rare Iberian imperial eagle! You can then visit the Gothic cathedral in the center of Cáceres and wander through the walled old town center which is full of noble palaces from the Spanish Golden Age.

Cathedral of Cória, cave dwellings in Portugal, the roman bridge of Alcántara and the smallest monastery in the world
Today´s program combines special places from Extremadura with a trip to Portugal. First you visit the beautiful cathedral of Coria. Then you continue your trip and drive to the special Portuguese town Monsanto. High on the hill the castle offers spectacular views all around and below the village is constructed between, under and on top of huge granite boulders. It is a fairytale sight and you can taste delicious Portuguese specialties in small shops and cozy restaurants. On the way back to Cuacos you make a stop at the impressive Roman bridge over the Tagus River near the town of Alcántara. If time permits it, you can end the day with a guided tour by a monk of the smallest monastery in the world that is tucked away in the mountains.

Nature, history and culinary specialties in the Sierra de Gredos
Today, you can (if you wish, for a fee of 75 euros to pay upon arrival) be accompanied by an English speaking guide on a scenic trip through the Sierra de Gredos. There will be a customized program, that is put together according to your preferences, in which you can for example make a nice hike (difficulty and length can be adjusted to your preferences), go swimming in one of the many natural pools, you can visit the ruins of a Celto-Iberian fortress town or you can taste the famous local specialties.

Roman Mérida
Mérida was founded in Roman times under the name of Emerita Augusta. From that time date the amphitheater, the theater, the temple of Diana, the impressively long Roman bridge over the river Guadiana and the old forum. A visit to the Museum of Roman Art is not to be missed and in the city you will find many opportunities to enjoy a delicious meal or excellent tapas.

Suggestions for day programs with an emphasis on culture for a stay of over a week:

Besides the already mentioned excursions for stays of one week, you can easily fill many more days with interesting activities. Below is a list of some possibilities: 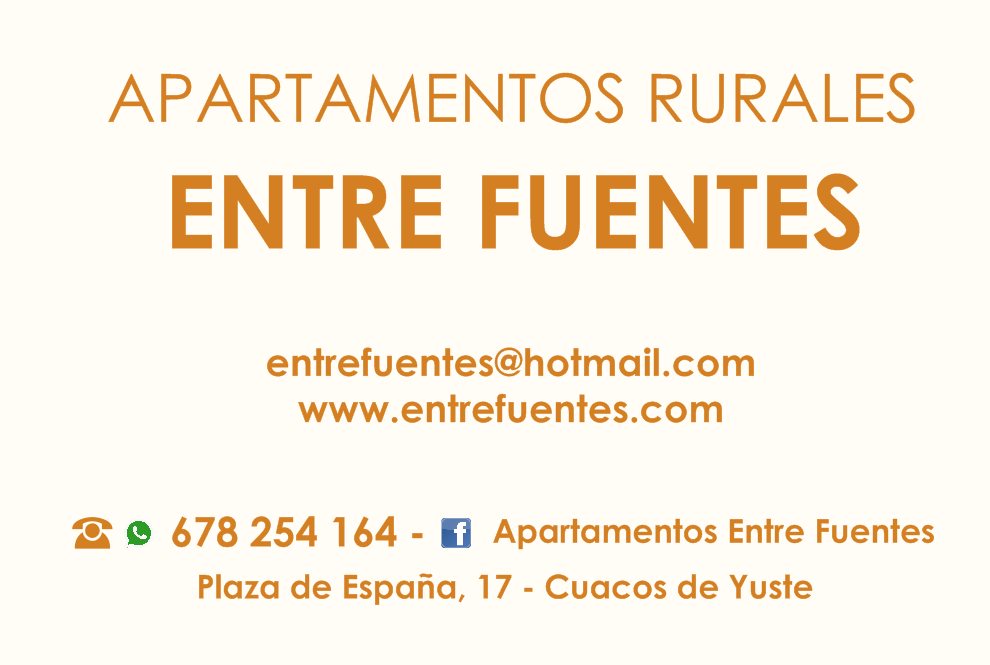